Check Out the 2020 Ford Fusion 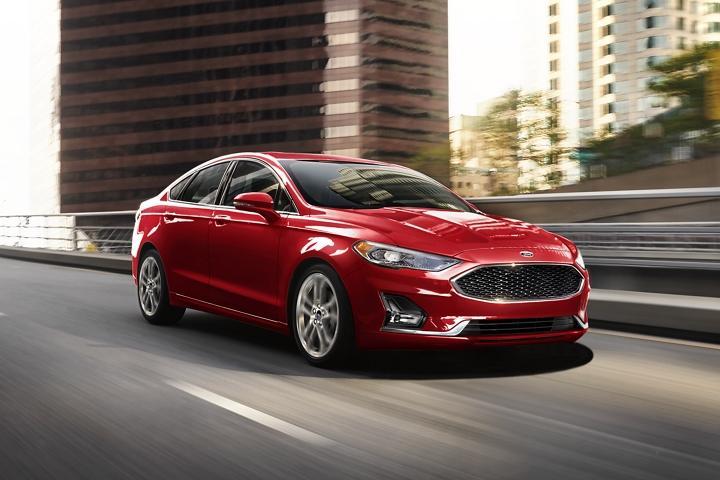 It's impossible to ignore the fact that sedans are not exactly flavour of the month right now, but it can be hard to understand why SUVs are so much more popular these days when sedans can be as attractive, efficient and desirable as the Ford Fusion. If you've been neglecting the midsize sedan in recent times, here's what you might be missing if you don’t check out the 2020 Ford Fusion.

Looking at the Fusion from the outside, it really is hard to believe that this is a design that's been around now for around seven years. There are few car designs that look as good after even three years as they did when they were launched, but the Fusion is still one of the most attractive sedan designs of the last decade and it looks as good today as it's ever done.

The 2020 Fusion lineup here in Canada is probably a sign of things to come. There are six models to choose between, but the lineup isn’t like you might expect. There's now only one model that's purely gas-powered, which is the entry-level SE. The rest of the lineup then goes to the Hybrid SE, Hybrid SEL, Hybrid Titanium, Plug-In Hybrid SEL and the Plug-In Hybrid Titanium. Five hybrids and one entry-level gas option?

Base SE versions of the 2020 Ford Fusion come standard with an excellent 1.5-litre EcoBoost, turbo-four gas engine, which develops 181 horsepower and 185 lb.-ft. of torque. The next powerplant is a regular hybrid that makes use of a 2.0-litre Atkinson-cycle inline-four and an 88 kW electric motor to deliver 188 total system horsepower. Plug-in hybrid models use the same hybrid system, but it's then paired with a larger 9.0-kWh battery to offer an electric-only range of up to 25 miles.

Even though there are no major updates for the 2020 model year, the Fusion is still impressive when it comes to its safety credentials. The Ford gets a full five-star rating from the NHTSA for overall safety, and the IIHS names the Fusion a Top Safety Pick. Standard safety features include Ford Co-Pilot360. Co-Pilot360 is a suite of safety features that include the Blind Sport Information System with Cross-Traffic Alert, a Lane-Keeping System, Pre-Collision Assist with Automatic Emergency Braking, a rearview camera and hill start assist.

All versions of the Fusion are good on gas, but there are big differences between the three powertrains. Gas-only SE models are rated at 10 L/100km in the city and 7.0 L/100km on the highway, but those numbers get considerably better with the Fusion Hybrid as those models are rated at 5.5 city/5.6 highway. That's good, but the Plug-In Hybrid goes even further with Le/100km ratings as good as 2.3 in the city and 2.3 on the highway.

For more information and to schedule a test drive to experience what could be your new Ford Fusion, get in touch with us today here at Van Isle Ford.