A closer look at the 2020 Ford EcoSport SUV

So, if you’re in the market for a new SUV but you also want something that’s of a city-friendly size, here’s a closer look at what you can expect from the smallest of current Ford SUVs, the 2020 Ford EcoSport.

Although the EcoSport is based on the same platform as the Fiesta, the manufacturer has done a good job of styling the exterior in a way that makes this look like a model in its own right and not just a tall Fiesta. It does look distinctively different from what many would regard as a traditional SUV, but that’s an inevitable result of its compact and manageable proportions.

In Canada, there are four versions of the EcoSport to choose from. The entry model to the 2020 lineup is the S, and from there the range goes to the SE, the SES, and the range tops out with the Titanium.

The standard engine in the EcoSport S is a naturally aspirated 2.0-litre four-cylinder engine that develops a very decent 166 horsepower and 149 lb.-ft. of torque, which is mated to a six-speed automatic transmission that drives all four wheels. If you want better fuel economy, paying a little more for the SE gets you a 1.0-liter three-cylinder EcoBoost engine that sends 123 horsepower and 125 lb.-ft. of torque to the front wheels in standard form.

The SES and Titanium trim levels revert to the same powertrain as the S model, so if you want that award-winning, fuel-sipping EcoBoost engine in your EcoSport you’ll need the SE.

Buyers will find the entry-level S trim level to be well equipped, and there isn’t much to choose between it and the SE, although the SE does offer some available options that are not on the list for the base S model. Standard features include air conditioning, a pair of 12v power points, a pair of USB charging points, power features, automatic headlights, Ford Sync infotainment system, remote keyless entry and tire pressure monitors.

To learn more about the 2020 Ford EcoSport and to try one out for yourself with a test drive, and to hear about the latest new Ford special offers, don’t hesitate to get in touch with us today here at Van Isle Ford, the premier choice Ford dealer in Port Alberni BC and surrounding area. 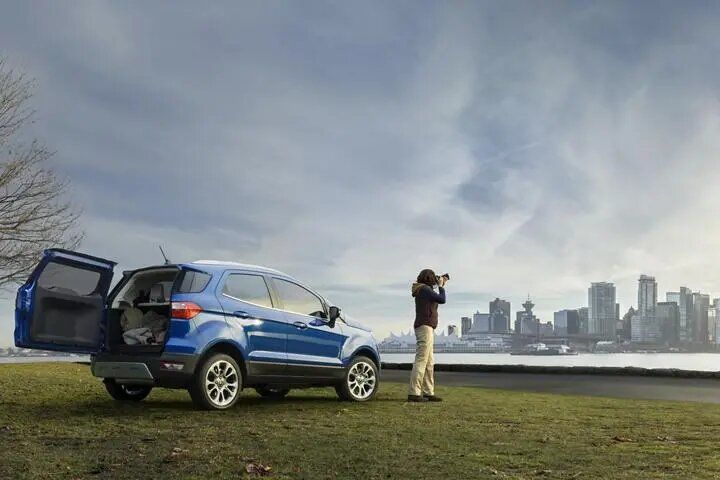